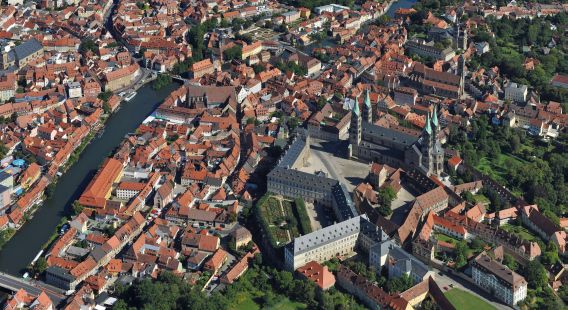 The old city center of Bamberg is representative of the typical city structure of the early middle ages in Europe. In order to protect the UNESCO World Heritage Site, an extended area around the site itself, long recognized as the "Bamberg City Monument", has been designated as a buffer zone between the modern city and the historical site. Consequently the protected area includes a total of 444 ha of which 142 ha are the original World Heritage Site.

The tournament takes place on the 26th and 27th of April on the miniature golf course on Jahninsel and consists of eight rounds in six categories. The organizing committee of the sports club 1. MGC Bamberg as well as the many volunteers are looking forward to being excellent hosts and creating a welcoming atmosphere for a fantastic und unforgettable World Championship.