The city of Bamberg in its entirety is a piece of art. One would be hard pressed to find another city which displays such a variety of architectural styles. Going on a trip into its past means stepping through the history of an entire millennium.

The old city center of Bamberg is representative of the typical city structure of the early middle ages in Europe. In order to protect the UNESCO World Heritage Site, an extended area around the site itself, long recognized as the “Bamberg City Monument”, has been designated as a buffer zone between the modern city and the historical site. Consequently the protected area includes a total of 444 ha of which 142 ha are the original World Heritage Site.
All told, the World Heritage Site of Bamberg comprises one of the largest original Old City Centers in Germany and one of the most comprehensive sites in Europe.

Starting in the year 1000, Heinrich II made the city a cultural, philosophical and strategic center in Europe and for a short period Bamberg even became the capital of the Holy Roman Empire of German Nation. In the 17th and 18th centuries, the city developed its mostly baroque appearance through the influence of the Bamberg Prince Bishops. Other architectural structures in the city include buildings in the Romanesque, Gothic and Renaissance style as well as modern and contemporary styles.

The city’s most stunning architectural examples include the Imperial Cathedral, featuring four towers built in a late Romanesque and early Gothic style, the Old Town Hall located on the river, the Cloister of Michelsberg and the former fishing village “Little Venice”. 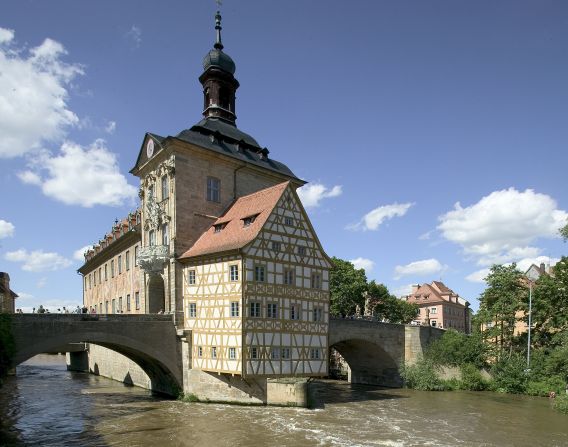 
Other exceptional attractions are the city’s 14 museums and collections. The state library Bamberg which contains several medieval manuscripts accepted into the UNESCO World Heritage List for Documents count among those held in the highest esteem in Europe.

The wealth of cultural experiences in Bamberg go beyond visual art and architecture. A discerning listener can hear Bamberg’s famous symphony calling out to the world.

The richness in art and culture can be felt everywhere – in the summer during the art and antiquity shows which draws a distinct audience to the city, or during a stroll through town when one unexpectedly happens across a sculpture by Markus Lüpertz or Fernando Botero. An audience favorite is also the International Street and Variete Festival. 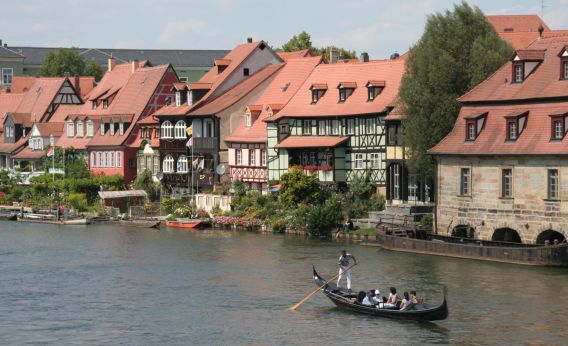 
Each July, tourists and locals alike celebrate a weekend full of magic: “Bamberg Enchants” ("Bamberg zaubert"). In its 21st year, the festival will take place from July 19th to July 21st, 2019.

Lastly, Bamberg boasts a culinary endorsement as a world-renowned city of beer. Tourists can explore eleven privately owned breweries and taste 50 different beers including varieties of the famous “Rauchbier” (smoked beer), which stems from an ancient tradition and is listed on the International Slow Food Arc of Tastes site.